Getting on the Same Side as Your Body

There is perhaps no more contentious, confusing, and frustrating relationship than the one we have with our own body. Let’s face it, we can sometimes treat our bodies in ways that we wouldn’t wish upon our worst enemy. And it doesn’t matter what walk of life you come from or how knowledgeable you may be. There are doctors who smoke cigarettes, physical trainers who binge and purge, mental health professionals who abuse drugs and alcohol. So why do we have so much struggle with the very thing we depend upon to experience being alive? Why do we so often seem to be at odds with our body rather than on the same side as it? The answers to those questions are different for everyone, but one of our goals here at IMS is to help you find them. Aligning with Health and Vitality is one of three key concepts we train at our signature IM Reset program.

Getting on the same side as your body starts with knowing what’s going on inside of it. For our purposes, that means understanding the Autonomic Nervous System. Autonomic is just a fancy word for automatic, so the ANS is what regulates the functions of our body that occur without us having to think about them. Things like heartbeat, breathing, digestion, etc. The ANS consists of two parts: the Sympathetic Nervous System and the Parasympathetic Nervous System. The PSNS is responsible for our “rest and digest” functions. It keeps our body working the way that it should and is where we want to be most, if not all of the time. The Sympathetic Nervous System, on the other hand, is what triggers the “fight or flight” response. When we find ourselves in danger (or perceived danger) the SNS diverts energy away from non-essential functions. Adrenaline is released, heart rate and breathing increase, our pupils dilate, and our muscles tighten up. This response developed early in our evolution so that we could protect ourselves from things like lions and crocodiles, maybe the occasional angry baboon. And it similarly serves a purpose today in the event that you step into the street and see there’s a car racing toward you. It’s the SNS that allows you to make the split-second decision to dive out of the way. But I can’t remember the last time I walked into the supermarket and found myself face to face with a pissed off baboon. In the modern world, our Sympathetic Nervous System is more commonly triggered by societal pressures, and we recognize the feeling of “fight or flight” by another term: anxiety. Pressures within a relationship, facing a big deadline at work, for some of us, just looking in the mirror can trigger the Sympathetic Nervous System into action, and it doesn’t feel good. In fact, spending too much time there can be extremely harmful to both our bodies and our mental and emotional states.

So, with all of that in mind, let’s consider some of the unwise, illogical, and sometimes, downright dangerous things we subject our bodies to in the service of “feeling good” about ourselves. Take Roland, for example. His self-worth is so tied up in his career that he never stops. He drinks coffee by the gallon and eats adderall like tic-tacs. He doesn’t take the time to rest and recharge his battery because, in Roland’s mind, rest is for the weak. What he doesn’t know is that the damage he’s doing to his heart is about to put him on the permanently disabled list. Then there’s Sheila. She’s a marathon runner. As she gets older, she’s been noticing some aches and pains that weren’t there when she was a 22-year-old hot shot. But does she take a minute to listen to her body, to give it time to heal? Not a chance. Because admitting there might be a problem is admitting defeat, and admitting defeat is for losers. So she pushes through the pain and a couple weeks from now she’s going to blow her knee out. It will be a long time before Sheila runs another marathon. And then there’s Veronica. She’s convinced that the only way she will be desirable to men is to be as skinny as a pile of toothpicks. She doesn’t have the patience for diet and exercise, so instead she just starves herself. I mean, you can’t get fat if you don’t eat, right? But Veronica's body has its own ideas. Going into starvation mode, metabolism slows down, fat stores are actually stockpiled, lean muscle mass and bone density decreases, and her energy levels are so low that she’ll be too tired to go on a date even if she meets the man of her dreams.

The truth is, Roland, Sheila, and Veronica don’t have to be at war with their bodies to get the outcomes they are looking for. The problem is that their emotional states are not aligned with their desired results. So when Roland thinks he’s falling behind on work, or Sheila feels soreness in her knees, or Veronica looks at the number on the scale, they perceive these things as threats. Their brains are seeing the angry baboon and they are living in a constant state of “fight or flight”. At our Reset weekend program, we teach you how to retrain your emotional state and literally “reset” the nervous system. You will learn to recognize when the Sympathetic Nervous System is being triggered, understand why it is happening, and instead engage the Parasympathetic Nervous System to get back into “rest and digest” mode.

IM Reset is one of our most popular programs and always sells out. Click HERE to reserve your spot now!

The Gift of Service 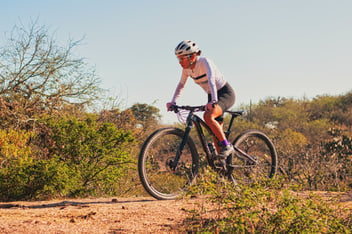