Pete is in a pickle. Six months ago he was assigned as project manager for a new initiative his company is planning to launch after the first of the year. He was given a team to lead and a very concise mission for designing and implementing the new initiative. It was the type of assignment that could make or break a career. The problem is, with less than three months to go, the project is almost dead in the water. Morale among the team is in the toilet. Pete has been racking his brain trying to understand where the train went off the tracks. He was certain it had nothing to do with his leadership skills. From day one, he exemplified what he expected to see from his team. Energy, enthusiasm, inventiveness. He wasn’t a hand holder. They were all professionals, after all. They should be able to do their jobs effectively without Pete looking over their shoulders every step of the way. Maybe he’d just been dealt a bad hand. Sometimes he thought he’d be better off tackling the whole thing on his own.

If you talk with other people on Pete’s team, you might hear a different story. They would describe Pete’s role in the project as not so much a leader as a grumpy school teacher. He doles out assignments, provides little, if any, follow up, then picks apart everyone’s work with criticism that borders on being cruel. Most meetings end with Pete saying something to the effect of, “Do I have to do everything myself?” For most, the entire experience has been less than inspiring. Several people have left the project, citing personal reasons, only to be replaced by people that need to be brought up to speed, slowing down the already glacial pace at which the project is progressing.

It would be easy to point fingers and make blanket statements like, “Pete’s a bad leader” or “The team just wasn’t ready for this type of project”. The real problem lies with Pete’s expectations and how he’s managing them. Pete is very good at what he does. He’d have to be or he wouldn’t have been promoted to lead the team. The sticking point is that Pete expects everyone on his team to be just like him. To think like him, to communicate like him, to work like him. Pete is crystal clear on what the project is and how it should proceed and he expects it to be crystal clear to the rest of the team as well. He doesn’t need to be hand fed instructions every step of the way, so why should they? In fact, Pete operates as though his team members can read his mind. In short, when Pete looks at his team, he wants to see a bunch of mini-Petes rather than the group of independent, talented, motivated individuals that they are.

There’s nothing wrong with having expectations. We all have them, all the time. But it’s crucial to evaluate our expectations and decide whether they’re reasonable or not. Holding an unreasonable expectation is not only unproductive, it also drives you and everyone around you completely nuts. Remember, the criteria that must be met in order to consider whether an expectation is reasonable or not: Understanding, Willingness, Capacity, and Alignment with vision. The other person must understand the expectation that you hold for them, they must be willing to meet it, they must be able to meet it, and you need to be sure that the expectation aligns with your overall vision.

So, in our scenario here, does Pete’s team understand that he expects them to be Pete clones? Most of them have come around to that idea, but they’re not really sure what to do about it. The question of willingness and capacity go hand in hand here. Some of them may be willing to try but, of course, none of them are capable of being Pete, nor should they be made to feel like they have to. Finally, Pete may think that having a team of carbon copies will lead to fulfillment of his vision (in this case, the successful implementation of the new initiative), but if he were to analyze the situation objectively, he would see that his expectation is creating just the opposite. After making an honest assessment, Pete can evolve his expectation. He can begin to understand that communicating exactly what he wants from the team is essential and he can open himself to the pool of skill and talent he has at his fingertips.

Working with other people can be challenging, and managing our expectations around those who work for us can be even trickier. The Power Series is the perfect place to explore the expectations we hold and how to manage them. Click HERE to learn more and sign up today!

The 3 Pillars of Life 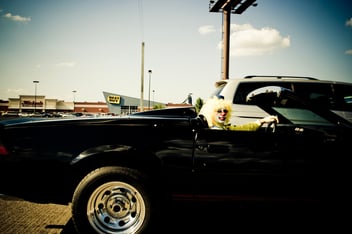 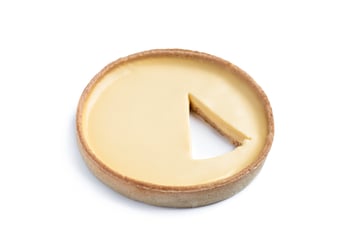