Feelings. We all have them. Some we actively pursue: love, happiness, triumph. Others, we would do anything to avoid: sadness, anger, fear. We think of the former as “good” feelings and the latter as “bad” feelings. But the truth is, feelings are neither good nor bad. They are simply chemical reactions taking place in our nervous system as a way of signaling our brain to think certain thoughts and take certain actions. Love based, or “good” feelings, let our brain know that we are safe, that it's okay to relax. Fear based, or “bad” feelings, signal that we may be in danger and it’s time to put up our defenses. Emotions inform thoughts, and our thoughts and emotions drive our actions. The problem is, sometimes our emotions get wired in ways that don’t serve or make sense within the context of our current reality, and lead us to take actions that create outcomes we’d rather avoid. Simply having a feeling is one thing, the actions we take in response to that feeling is quite another.

Take the wild sports fanatic, for example. We all know one. The guy lives for Sunday afternoon, and the whole family knows that the mood on Sunday night depends entirely on whether dad’s team wins or loses. I recently saw a video of a guy who was so enraged by his team losing that he tore his sixty inch television from the wall and smashed it on the floor. I would say that’s an example of a feeling leading to an action that created a pretty unfavorable outcome. But there’s nothing wrong with the feeling itself. It’s perfectly fine to feel upset when your team loses a big game. The feeling is neither good nor bad. The problem is with the smashing of the TV. Not only is the guy going to take a financial hit by having to buy a new television, it probably also scared the hell out of the people around him.

The real question is, how could the outcome of a sporting event create such a powerful emotional response that it led to the guy taking such an extreme action? If I had to bet on it, I would guess that the emotional response had very little to do with numbers on a scoreboard. Rather, it was the result of conditioning that took place when the guy was just a little tike, experiencing his own father’s reactions on football Sunday. As a kid, he had no thoughts, one way or another, about the outcome of the game. All he knew was that when dad’s team won, dad would be in a good mood, and when dad’s team lost, it was time to take cover. Winning=safety, losing=danger. So now, as an adult, when the wide receiver drops the game winning catch in the last three seconds of the game, he’s not really reacting to the events on the field. Rather, he’s reacting to his nervous system screaming, Danger, Will Robinson! The most common reaction to fear is anger. Anger leads to rage, and rage, in a person who’s not equipped to manage their emotions, can often lead to some not so great outcomes.

We’ve all experienced moments when our emotions have driven us to take actions we later regretted. It’s a story older than time. But whatever harmful results our actions may cause, the harm isn’t caused by having the emotion. All human emotions are okay to feel – everything from despair to elation...from tranquility to rage. None of them is good nor bad – they're just expressions that we get to feel as a result of being human and alive. Like the keys on a piano, we wouldn't call the white keys bad and the black ones good. We wouldn't call the low ones negative and the high ones positive. They all play a role. If we were to take certain keys away because we simply didn’t like them, the piano would cease to function properly. It’s the early training around what was 'good' or 'bad' that continues to live for us as adults. All of us can look at our childhoods and we'll find beliefs we hold true today about emotions that are okay to feel, and others that are not. Maybe you got the conditioning as a kid that boys were not meant to cry or express fear, and girls were meant to be ladies and not express joy loudly or make a scene. The distinction we need to make around all emotions is that feeling them is okay, while taking action from them will create specific outcomes. Some of those outcomes align us with our vision, some decidedly do not.

One of our clients, let’s call her Lindsay, recently shared a story with me about an experience from her childhood. She’d had an arch nemesis in school who made fun of her mercilessly. Called her awkward and a "dork." She told everyone that Lindsay’s haircut made her look like a boy. The bully was popular and Lindsay was not, so the bully’s opinion held sway. As they got older, the vitriol got more clever. The bully "had heard" that Lindsay was a bad kisser (which couldn't possibly have been true, considering she had never actually kissed anyone), and teased her that no boys would ever like her. Lindsay really hated this girl. She plotted her demise (maybe she might accidentally drown at swim practice?). The feelings were real. And it was okay to feel hatred. This was not an emotional response to patterns that were established in early childhood, but rather an emotional response to repeated mental and emotional torture. We probably all have memories of similar experiences. It’s okay to have the feeling of wanting to drown the bully. But it’s not, under any circumstances, okay to actually drown her. Thankfully, Lindsay didn’t act upon her feelings, but we all too often hear stories of people who do.

The way we relate with emotions at IMS is to think of them like clouds in the sky, emotions come and go. If you’ve engaged our Power of Emotion training, you’ll remember that the neurological lifespan of an emotion is 90 seconds or less…unless we fuel it with thoughts that perpetuate it. When we fuel an emotion with thoughts, eventually we’re likely to take action. At IMS we train clients in tools, techniques and strategies to manage, and ultimately master, their emotions, thought strategies and nervous system, so that they are consciously choosing their emotional state, the thoughts that align with that state, and taking actions that will create the results they envision for themselves. This is empowerment.

Where We Get Caught: Processing 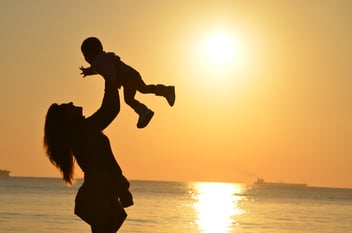 Your Inner Matrix: An Origin Story