A friend of mine recently told me about an unusual assignment from his high school English teacher. Near the end of his senior year, the teacher assigned the students to write a letter to themselves. In the letter, they were to describe their lives at the moment, what their hopes and dreams were, and where they expected to be in ten years. The students sealed their letter in a self-addressed envelope and the teacher told them she would mail it to them in ten years. My friend thought it was kind of a cool idea, but he found it hard to believe the teacher would actually remember to send the letters. Nonetheless, he wrote his letter and turned in, and, sure enough, ten years later he got a phone call from his mom saying that a strange envelope addressed to him had arrived at his childhood home. He was now living in Colorado, so she forwarded it to him. He said reading the letter was like opening a time capsule. He was instantly transported back to that day in his senior English class. He could even smell the air in the room. But it wasn’t just the nostalgia that struck him, it was also the predictions he had made. Some of them were the grandiose ideas of a seventeen-year-old that gave him a good laugh, and others were things that had come to pass, like where he went to college. But some of the predictions hadn’t come true, and it reminded him of hopes and dreams that he had let slip away. Receiving that letter was like getting a wakeup call. He found himself energized and refocused. Today, he credits that simple assignment that he’d written off as “kind of a cool idea” for changing his life.

This idea is similar to some of the strategies we use here at IMS. I’ve been known from time to time to suggest that clients write a letter to themselves. In the letter they reflect on where they are now—what is present and how they feel in the 3 key pillars of life. If you wrote a letter last year, it’s time to pull it out and give it a read. How is life different today? What did you accomplish in the last twelve months? Give yourself a little clap on the back and celebrate what you’ve done. If you didn’t write a letter, pick up a pen or fire up the Google box and write one today. Stick it on the fridge and open it one year from now.

One of the most powerful tools we utilize across all of our programs is the practice of benchmarking. This is the long term, ongoing version of the one-year letter. It begins with the all important first step of naming your vision, then lays a framework for how and when you will achieve it. It’s one thing to name what you want. Anyone can do that. I want a million dollars. I want to run the Boston Marathon. I want to be supreme ruler of the world. Whatever it is, just naming it isn’t going to get you there. You first need to set benchmarks to hit on your way to vision, and then create an action plan to hit each benchmark. Think of it as a list of micro-marks that will culminate in the ultimate outcome.

Maybe your vision is a bit more ephemeral, like say, “I want to live in a state of peace”. Okay, that’s a great vision to have. But what will it look like to live in a state of peace? What outcomes would you create from peace? Maybe it looks like being able to run that marathon. Maybe it’s one connected date-night each week with your romantic partner. Maybe it’s making a certain amount of money. Maybe it’s all three and even more. Trying to make all of them happen immediately is probably unrealistic. But setting benchmarks of 1, 3, 5, and even 20 years, gives you a framework that will get you that much closer to your ultimate vision. If you casually run one mile every couple of days, then getting up to marathon shape in one year is a pretty big ask. But getting up to five or six miles a day is a real possibility. You probably won’t go from the mailroom to CEO in one year. But you can certainly set promotion marks for the next 1, 3, and 5 years and focus on what actions you need to take in order to meet them.

The beauty of the benchmarking and action plan system is that it evolves along with your progress. When you pull out your benchmarking sheet at the one year mark, you’ve either met your marks or you haven’t. If you have, excellent! Take a minute to whoop it up and feel good about your accomplishments. Then it’s time to reassess your current situation and set a new one-year benchmark. If you haven't quite reached the finish line, it doesn’t mean you’re a failure. It just means you’re still on your way there. Look at the progress you’ve made, assess what has gone well and recalibrate as needed. This is also the time to look ahead to your 3-year, 5-year, and 20-year benchmarks. Maybe you’ve already come farther than you anticipated and some adjustments need to be made. The long and short of it is, your benchmarks serve as a roadmap to guide you along the journey toward achieving your vision.

Join us for a Power Series Weekend Intensive and learn the tools and strategies for setting a vision and developing the benchmarks and action plan you’ll need to get there. Click HERE to learn more and sign up today!

The Identity Guarantees the Outcome 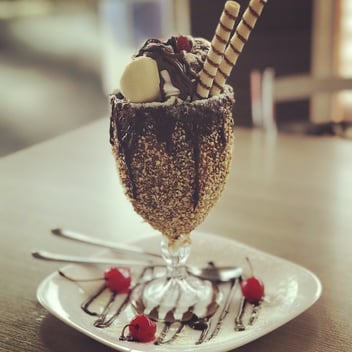 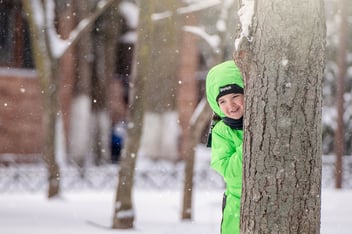