Richie and Carl are best friends. They’re ten years old and summer has just begun. They’re celebrating their first day of freedom in Richie’s backyard, swimming in the pool and looking for any chance for hijinx. Carl realizes that they can use the gardening shed on the side of the house to get up on the roof and do high dives into the pool. Sounds like a plan! So they climb and they shimmie and they manage to get onto the roof. They inch their way to the roofline, arms outstretched, knees bent, and peer over the edge at the pool below. It seems a lot higher from up here on the roof than it did on the ground.

“No way! It was your idea, you go first,” Richie says.

Now, Richie and Carl aren’t sadists. It’s not that either of them wants to see the other misjudge the jump and splatter on the pool deck. Rather, they’re tapping into their ancient instinct for self-preservation. They simply want to see that it can be done before they take the risk themselves. Would you be the first to jump?

Going first is scary. Sure, there are people who find great exhilaration in going first, but that’s usually the exception, not the rule. Most of us wait for the other person to go first. We wait to make sure that it’s safe, or that we can trust the other person before we take action or make a change within ourselves.

Take Sara and Jesse for example. They’ve been together for a year now and the relationship is becoming stagnant. It seems to be a theme for Sara. Her last three relationships have followed a similar trajectory. Sara knows what she wants in a relationship. At least, she thinks she does. And, more importantly, she knows who she wants to be in a relationship. She just doesn’t know how to be the person she wants to be. What if Jesse doesn’t like that person? And so she’s waiting for Jesse to play a role in the relationship that will allow Sara to be the person she really wants to be. In other words, it’s Jesse’s fault that Sara can’t find what she’s looking for. Just like it was Chad’s fault before him, and Frank’s fault before him. The truth is, until Sara finds a way to create the change she wants to see in the relationship, it’s never going to happen. And there is certainly the possibility that if Sara were to make that change, Jesse might not like it. He might decide this isn’t what he signed up for and high tail it out of there. But, as painful as that may be, it’s better to cut bait now then to let this thing drag out for months or even years longer. At least Sara will know she was being genuine to herself. Have you ever been a Sara?

We can apply the same idea to a career. Josh has been miserable in his job for years. The culture in the office is dull and uninspiring. Leadership is lackluster, at best. Josh knows what he wants to feel at work. Inspiration, enthusiasm, vitality. He’s sure he’s not the only one in the office that feels this way, and he keeps waiting for someone to do something about it. It hasn’t even occurred to him that he might be the one to bring about change because the very idea is simply too scary to contemplate. But the truth is, it’s entirely within his power. He can start showing up with inspiration, enthusiasm and vitality. He can be inspiration, enthusiasm and vitality. Chances are it will be contagious. By simply being what he wants to see, Josh can manifest those changes. Or…Josh’s new energy might not be welcome at all and he’ll be shown the door. But that’s okay! Because Josh will know that his stifling work environment is never going to change and he’s now free to seek out new opportunities somewhere that will welcome what he has to offer. Have you ever been a Josh?

Whether it’s navigating a relationship, making career choices, or jumping off the roof, we want to know the outcome won’t be harmful before we take that leap. But the fact of the matter is, if you want to make a change in your life, uplevel a relationship, or sometimes, just do the right thing, it’s your turn to step up to the plate. As the saying goes, “Be the change you want to see in the world.”

But don’t worry. You don’t have to go it alone. Join us for a Power Series Weekend Intensive or sign up for a Power Series class and we will train you in the Art & Science of going first. Learn to master your Emotions, leverage your Intuition, and create a Vision that will guide you through even the most challenging times. Click HERE for more information and sign up now! 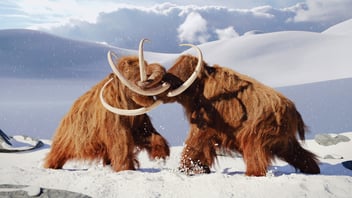 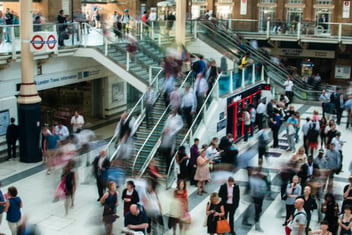 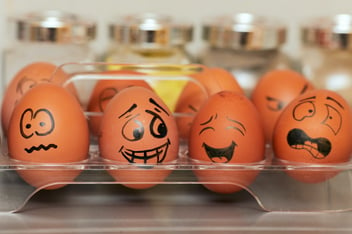