Relationships can be tricky. We spend most of our time, in one way or another, navigating the relationships with the various people in our lives. Workmates, neighbors, friends, family members; boyfriends, girlfriends; husbands, wives. Some relationships we choose to be a part of while others are thrust upon us. It can be difficult to understand how to navigate inside a relationship, particularly an intimate one. Some people cling to them, terrified by the idea of being alone; others run from them as though just the idea of being in a relationship carries with it some type of infectious disease. We are constantly bombarded with images, whether from Hollywood or Madison Avenue, Facebook or Instagram, that present depictions of people in fairy tale relationships that seem impossible to measure up to. But it doesn’t need to be so difficult. In fact, most of the difficulty we bring upon ourselves.

One of our clients, we’ll call her Elise to protect her privacy, came to IMS dead set against the idea of ever being in a romantic relationship. She was laser focused on her career and her contribution to the world. Being tied to a relationship seemed like a distraction that would only derail her purpose. After doing some work, Elise came to see that her strong objections were coming from a fear-based state around the idea that a woman in a relationship is expected to give up her own life objectives. She had watched her father give up something in favor of raising a family and so her mental/emotional baseline was trained to believe that relationship equals sacrifice. Career or housewife, there was no in between. And while she believed being a housewife was a noble and important role to play, it just wasn’t the role for her. Using IMS techniques, Elise was able to remove her fear-based barrier. She focused on the person she wanted to be in the world and was able to reach a neutral place when it came to the idea of getting involved in a romantic relationship. It wasn’t long before a new opportunity showed up with someone who, it turned out, could actually enrich her life and collaborate with her on what she wanted to create. She realized she wasn’t expected to give up anything, but rather, was able to expand her capacity to create in all aspects of life. New perspective emerged. Suddenly, being in a relationship with someone was very different from what she had previously believed, and it was certainly very different from being on her own. It opened new possibilities for what could be achieved by being part of a team and within the space of connection with another person. By getting clear on who she was and what she wanted to be, without her fear acting as a barrier, she was able to bring her full self to the relationship. She was able to come to the table whole and that made all the difference in the world.

Elise’s story is just one example of the types of transformations we see take place everyday at IMS. Join us for one of our array of programs and learn how to take your relationship to the next level. Click HERE to attend your first program for only $200. 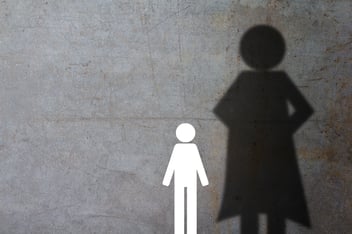 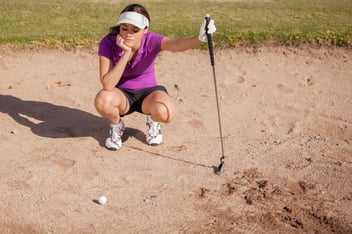