“Winning is a habit.”  – Vince Lombardi

Tom Brady came out of retirement. Again. The guy is 45 years old and still playing in a league where the average age of retirement is 30. He’s won seven Super Bowls and is considered by many to be not only the greatest quarterback ever, but the greatest NFL player of all time. Jeff Bezos had an idea to sell books on the internet. People thought he was nuts. Why would anyone go online, order a book, and then wait for it to show up in the mail when they could just go to Borders or Barnes & Noble and get it immediately? I’m sure the CEO of Barnes & Noble wishes that had been the case. Now Bezos is one of the wealthiest people on the planet and has graduated from selling books to selling, well, just about everything, and designing oddly shaped rockets to send his billionaire buddies into space. What do these two guys have in common? Well, it’s not their good looks (no offense Jeff), but I’d be willing to bet the boat that neither of them spends much time sitting around thinking about their failures. And, to be sure, they’ve both had their fair share. Just put either of their names into the Google machine and you’ll find, hot on the heels of their accomplishments, a whole litany of scandals, upsets, and controversies. Because if there’s anything we love more than building celebrities up, it’s knocking them right back down. But I guarantee neither of these men gives one shit about what the internet trolls have to say. Brady and Bezos are where they are because they have winning attitudes.

It can be easy to get caught up seeing and wallowing in our flaws and failures. So much so that we even have a name for it: Having a pity party. “Of course I didn’t get that promotion. I never really deserved it.” “I’m not surprised Brenda dumped me. She finally figured out I wasn’t good enough for her.” “I’m never going to lose weight. What’s the point in even trying?” When you find yourself stuck in a cycle of thinking about everything that’s going wrong in your life, remember this: We do not create what we intend, we create what we focus on. You may have the greatest intentions in the world, but if you spend your time focused on failures, bad luck, and misfortune, you’re going to notice, expect, and even create those things for yourself.

Instead, I want to invite you to adopt the simple, yet incredibly empowering practice of naming your wins–big and small–every day. Even on the toughest days, take a minute to acknowledge the things that went right. And you don’t have to wait for something like winning the Nobel Prize. It’s actually the little things that can count the most. “I met that deadline.” “I didn’t go back for that second bagel.” “I kicked my kids asses at Parcheesi.” Not only will focusing on your wins shed light on what's going well (which will boost your mood)...the effect on the brain is profound. When you orient around wins, your brain will begin to look for and expect them. When you become conditioned to look for and expect wins, you will find that you actually start to CREATE them.

So take a minute each day and name your wins. If you have a family, go around the dinner table and ask everyone to name a win for the day. Your kids might just roll their eyes at you, but that’s okay. “I made an effort to engage my children in conversation. Win!” And remember, it doesn’t have to be earth shattering. Big or small, every win counts. At the end of the day, you may not have seven Super Bowl rings or a rocket ship shaped like a giant penis, but you will be cultivating a mindset for success.

Start cultivating success at the Power Series. Click HERE to learn more and book your spot at an upcoming weekend intensive.

Where We Get Caught: Processing 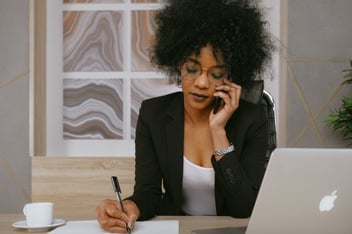 Where We Get Caught: Tolerating

‘Til Tuesday Do Us Part 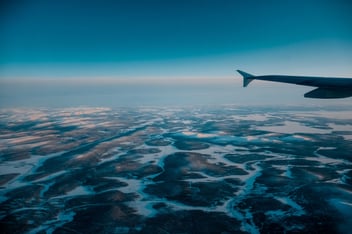