Body image is big business in the United States. On average, Americans spend $36 billion on health and fitness clubs, and another $58 billion on diet programs. But are the people shelling out all that cash actually seeing results? According to recent studies, the United States has the highest rates of obesity in the world. It seems to me there’s a serious disconnect between the size of the fitness industry and the size of the average American. For many people, getting in shape requires more than just buying a gym membership and a couple dieting books. It requires a lifestyle change. And the most effective way to make a lifestyle change is to train the emotional patterns around body image. Training the emotions to align with the actions that need to be taken is the most effective way to achieve the outcomes we’re looking for.

One of our clients, we’ll call her Sasha to protect her privacy, came to us ready to work on issues surrounding body image. She described herself being chubby as a kid and having a very hard time with it. When she was eight years old her great grandmother told that she was getting fat and Sasha was devastated. The comment was a time bomb implanted in Sasha’s subconsious. Although she couldn’t articulate it at the time, Sasha started tying her self-worth to her size and weight. As a child, she started exercising to her mom’s Jane Fonda Workout cassettes and would be excited for the occasional trip with mom to The Body Shop, a women’s “tone up” gym. As she got older, she moved on to Jazzercise videos and eventually started down an endless (and sometimes reckless) road of dieting. And while diet and exercise are certainly healthy practices, Sasha tied her relationship to being fit with her worthiness (or unworthiness) as a human being. Eventually, that unhealthy relationship with diet and exercise led to two bouts of anorexia–once during her mid-teens, and another in her 20’s. She found that she could never really trust herself with food and exercise, realizing that there was usually an ulterior motive: worthiness. Even in her professional life, she found herself gravitating toward (or even manufacturing) opportunities—working in the entertainment industry and the fitness industry—which required a conscious focus on her physique.

When she came to IMS, Sasha was in her 40’s and was “managing” her issues around body image and weight. As she engaged in the work and her relationship with body image began to evolve, untangling the chain that held the anchor of unworthiness in place, new ideas started to occur for her. Simple ideas like, drink more water, get more sleep, move the body in ways that feel amazing and that you love. Train inspiration, joy, and empowerment with and in the body. Have fun with it! As she continued with her inner training, Sasha began leveraging the practices we train in our Reset program and The 50 curriculum–forms, the conditioning for the forms, and Internal Energy Practice. Today, despite exercising her entire life, Sasha feels at peace with her body, utterly inspired and empowered, and (not for nothing) she is in the best shape of her life at the age of 52. She doesn’t hesitate to share her age…or the fact that her smart scale pegs her body age at 32!

Sasha’s story is just one example of the types of transformations we see take place everyday at IMS. Join us for one of our array of programs and learn how to take your relationship with health and body image to the next level. Click HERE to attend your first program for only $200. 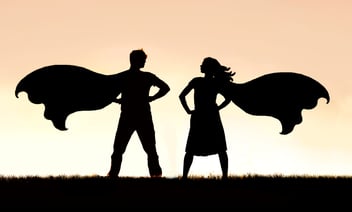